You are here: GeekSays Technology News » Android » Google and Asus’ Chromebit is an $85 portable PC

Google and Taiwanese manufacturer have some history together, as the companies have launched one of the most successful 7-inch tablets, the Nexus 7. And it was so good the they made an upgraded version too. But today we’re focusing on Chromebit, the latest result of their collaboration.

According to The Verge, this $85…stick is able to turn any monitor into a Chrome OS computer, as long as it has an HDMI port. Add a keyboard and a mouse, connect them using the Bluetooth interface and you’re ready to go.

Still, how can you control this thing? An app would be great…

But hey, as the same source mentions, maybe Google is hit by inspiration and makes an app that works as a keyboard and trackpad. It will be awesome on tablets! 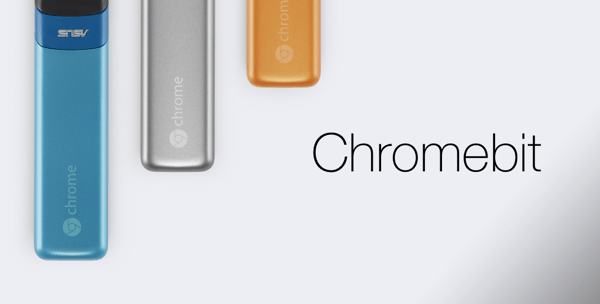 Despite the incredibly low price tag, the Chromebit offers a full Chrome OS experience, basically allowing you to do anything you could do with a Chromebook laptop. Of course, the specs can’t be compared, since this little stick doesn’t have that much processing power, but just the overall idea makes it worth trying it.

Speaking about the specs, it’s relying on a Rockchip ARM processor, not being able to deal with so many tasks at once, alongside 2 GB of RAM and 16 GB of storage. It also has an USB port, 802.11ac Wi-Fi and, of course, the above-mentioned Bluetooth 4.0 interface.

Overall, it’s a great investment for anybody who has essential files stored in the cloud and wants to access them on a big screen almost anywhere. Maybe Google does something about that app mentioned above and the Chromebit will be even better.

What are your thoughts on the Chromebit? Would you buy it?