You are here: GeekSays Technology News » Apple » iPhone News » Check out the first images with the Rose Gold iPhone 6S!

Even though an official announcement regarding the upcoming iPhone 6S is still a few months away, today we get to see a first set of images with the actual device. And not just any model, but the Rose Gold model, which is the the second Apple device to sport this color, after the Apple Watch.

According to Value Walk, the photos were received from an unnamed source, so we won’t pronounce ourselves about the status of these images, even though we doubt that it’s the actual iPhone 6S. 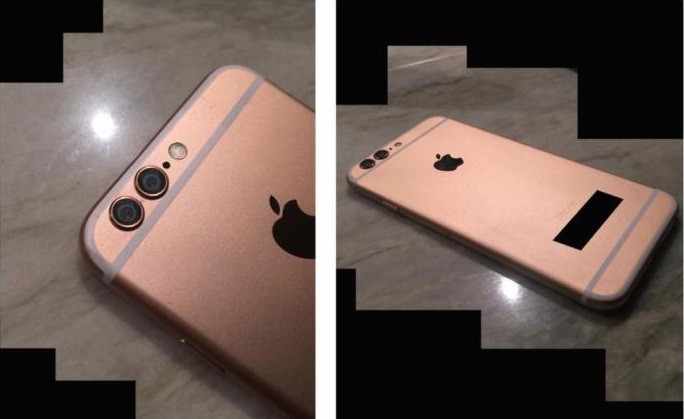 To be more specific, it’s the camera setup that makes us skeptical. First of all, none of the recent rumors were pointing to a dual camera on the back of the phone, so this is pretty strange. Not to mention that we doubt that Apple would use this idea for their phones. Secondly, after a closer look to the images, we don’t exclude the possibility of this being just the work of a Photoshop user.

The flash was moved a bit to the right and the camera lens was copied and pasted, in order to create this dual setup. As for the Rose Gold color of the iPhone 6S, it can be easily obtained by adjusting the hue of the image. Of course, this is just a personal opinion.

We expect even more photos with the iPhone 6S to be leaked online in the next few months, since, like always, Apple’s device is one of the most expected smartphones of the year.

What do you think about this first set of images? Could this be the real deal or it’s just the creation of a fan who wants to create some buzz?