It’s not a secret that when it comes to design, Apple has some of the most beautiful devices out there. Even though it’s not officially launched, the Apple Watch can easily join the club too, as it elegant looks is a proof that the Cupertino-based company did a great job once again.

On the other side, we also know that there are a lot of manufacturers out there who are always getting some inspiration from Apple’s products or even totally copying them. One of them is Hyperdon, who was showing a fake Apple Watch last week, at CES 2015. 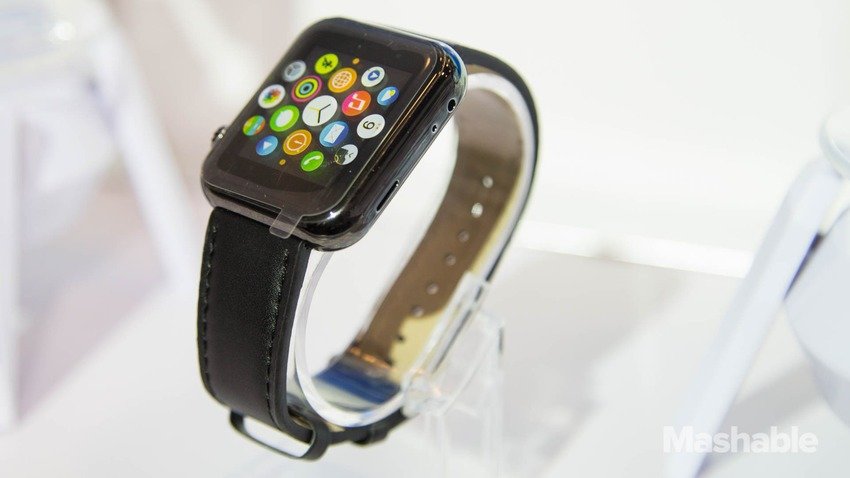 The manufacturer, based in Shenzhen, China, was selling the Hyperdon Smart Watch for just $27, and at a first glance, you can’t tell that it’s actually a fake Apple Watch, according to Mashable.

You get what you pay for

Still, there are some huge differences. First of all, you need to turn on the display in order to see the icons, which are totally ripoffs of the ones used by Apple. It’s also pretty hard to pair it with an iPhone, but once done, you can make phone calls or play music through it.

It also comes with various features, like a pedometer, stopwatch, alarm, messaging notifier and a “Anti lost” function, which is apparently a way of telling if you’re out of your phone’s Bluetooth range.

This fake Apple Watch has a battery life of about 180 hours and it can be charged via USB cable.

The same source tells us that a company’s representative said that Hyperdon’s products are available in retail stores in the United States and China, but we’re really curious who would actually buy them. I mean, why would you waste $27 for a fake Apple Watch that except the looks, hardly comes close to the original model?

Would you buy one?