iPad Cases makers are gearing up their business and production of iPad 5 cases as we are moving towards the WWDC 2013. Apple is almost ready to unveil only software products update at WWDC 2013, but somewhere in market these big names of iPad case makers are betting their big money on iPad 5 cases and lot of marketing plans to target audience at WWDC 2013. Many case makers have reportedly claimed that Apple will unveil iPad 5 at WWDC 2013 next week. But as we have learned from last WWDC 2012 rumor line, Apple is totally cutting off hardware launches at WWDC. 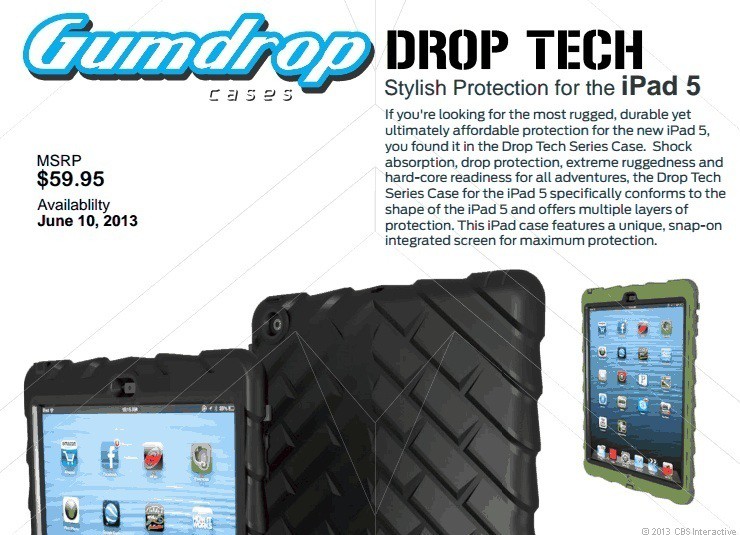 It has been reported that Apple will host a separate media event after WWDC 2013 to release iPad 5, but these case makers have already produced millions of cases for iPad 5 including both low-cost and luxury cases for iPad devices. iPad 5 is reportedly borrowing couple of iPad Mini design profile features, and case makers are heavily betting their money on their sources words. We are yet to get any information about their source, but whoever they are they have make Case makers owner confident about iPad 5 launch at WWDC 2013.

A new report suggests that Gumdrop has already produced number of iPad 5 cases at their shops to reach market before anyone. The company is looking forward to WWDC 2013 for an iPad 5 launch. Several sources including hit and miss DigiTimes also claimed that nothing is coming at WWDC 2013, but maybe Apple will host a media event later this year to launch. The sources have also commented that Apple will release two version of iPad models this year, and then will follow up with Retina iPad Mini display to gain an upper hand in market.