You are here: GeekSays Technology News » Android » You will no longer need an invite to buy the OnePlus 2

OnePlus’ invite system has been highly criticized since the Chinese manufacturer’s handset, as it was pretty hard to get your hands on one without an invite, which, at that time, was pretty hard to get. Things changed when the OnePlus 2 was launched, but the invites are still not ‘loved’. But they had some serious reasons to use this system! Let’s not forget that they were just a new start-up, so building too many handsets, that could have remained unsold, might have led to big financial problems.

No more invites, that’s it!

Even though the scenario in which they wouldn’t sell a lot of phones became impossible, the system continued with the OnePlus 2 and the recently launched OnePlus X. Indeed, there were flash sales, but fans were still unhappy with the system and the manufacturer continued to receive criticism. Until the had enough, in some way or another. 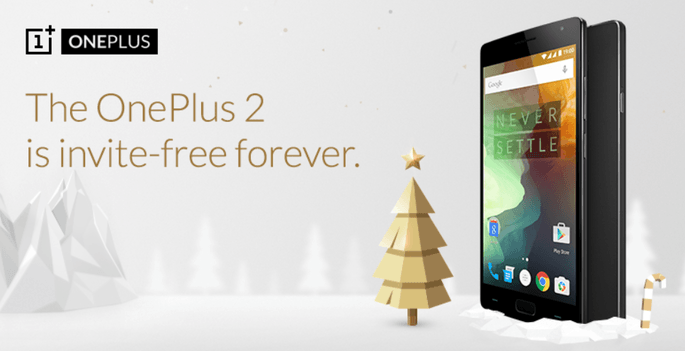 According to Phone Arena, OnePlus made an official announcement which will definitely make a lot of potential buyers happy. The company’s entry-level device, OnePlus X, will be available without an invitation from December 5th through the 7th, while buying the OnePlus 2 won’t require an invite anymore.

“The invite system has been crucial to letting us scale our operations and has given our fans a unique way to share OnePlus with the people in their lives. But we are always trying to enhance the OnePlus experience for you and taking risks to push ourselves and show real improvements. That’s why we’re making the OnePlus 2 invite-free … forever!”

The accessories will have some special prices as well

Besides this, between December 5th and 7th, you will also be able to buy OnePlus 2 Style Swap Covers with a 50% discount and select OnePlus One accessories with a 90% discount. The rest of the accessories will be priced at 10% off. Finally, if this is your first order, you will receive a Never Settle mouse pad.