No wonder there are many iOS music players available in the AppStore & Cydia Store that can provide plenty of extensive audio controlling features to users. Equalizer applications are already here that allow people to easily apply any sound filter on the current playing track, and make it pleasant for them. Many people over the years have claimed that iOS stock Music Player application missing lot of customization and features which force people to stop sticking with core application, and install third party music players. 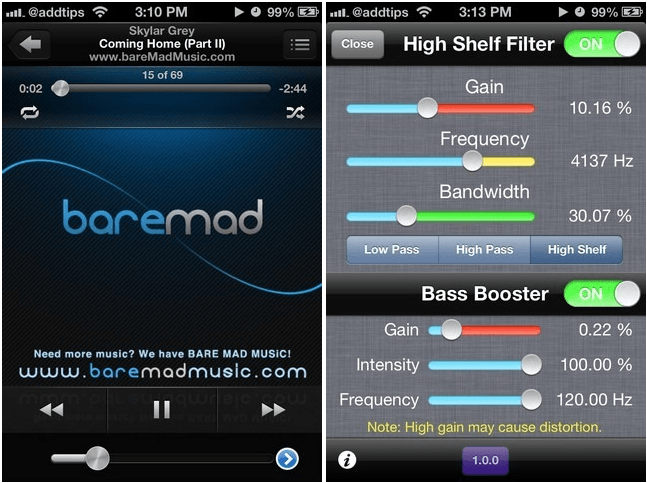 Cydia tweak ipEQ offers several music sound filters, and equalizer settings to the iPhone users in Music app. It let you easily apply the filer on any track under the stock application, and also provides you advanced filtering features. The tweak doesn’t comes with any additional settings, and any kind of shortcut icon on the springboard. It simply adds an icon in the stock iOS Music player that allows users to enable the filters, otherwise the settings window is hidden somewhere.

The ipEQ equalizer on-screen UI is not filed with high-res graphics, but it works as it is advertised on Cydia. The ipEQ is divided in two parts, and let users to quickly apply filters on their music track – if any track is playing in background while making changing.

The ipEQ tweak is available in Cydia Store for $2, and you can download it from the BigBoss repository in Cydia on your device. The tweak provides great features to users who are not familiar with third-party iOS Music Players.