You are here: GeekSays Technology News » Android » Block Your Date! Android One, coming on September 15?

While everybody is waiting for IFA to start, Google is also planning an event, but theirs is taking place in India, on September 15. The press invites were already sent, but, like the search engine giant used us, not very much details are given. 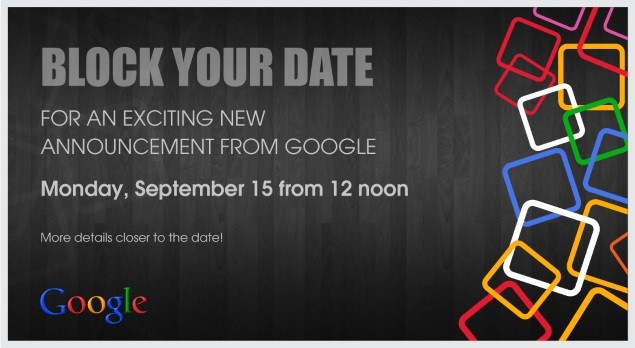 According to Android Central, the event could be about Android One, a program designed to help manufacturer develop Android phones for emerging markets. And since it’s taking place in India, it’s very likely that this will be the “exciting new announcement from Google”.

It’s not the first time we’re hearing about Android One, as we know that Google is looking forward to working with Micromax, Spice and Karbonn, three Indian manufacturers which were already announced as partners.

Follow our blog, as we will keep you up to date as soon as anything new about the event emerges!

So, what do you guys think about this? Any ideas about what Google could introduce in two weeks? Could it be the Android One program?