You are here: GeekSays Technology News » General » BlackBerry working at the Boeing Black, the self-destructive phone

BlackBerry was always known as a manufacturer who doesn’t stick to the latest design trends and who also makes very secure phones, as many organisations are picking the Canadian manufacturer’s smartphones thanks to this feature.

High-end security? You got it!

The company’s CEO, John Chen, announced a new partnership with Boeing, in order to develop a new high-security smartphones. The Boeing Black, because that how it’s going to be called, is built by the Chicago-based aeronautical company, known for its commercial jets, but also for fighting models. 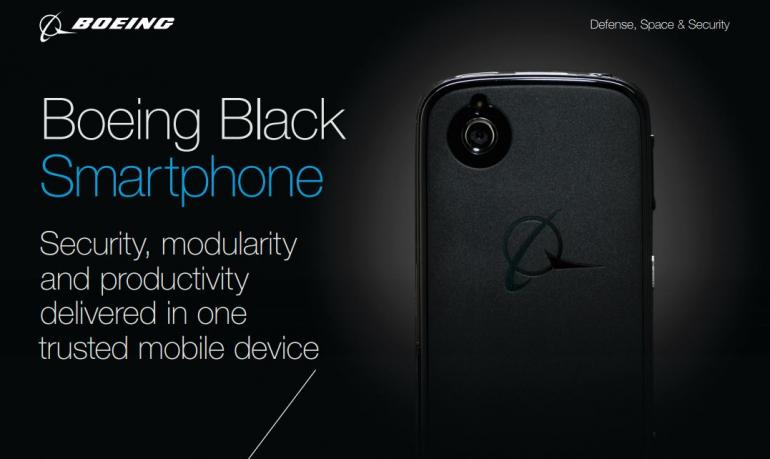 “We are delighted to announce that Boeing is working with BlackBerry in order to offer a safe solution for Android-running smartphones, using our BES 12 platform”, Mr. John Chen said. “This, by the way, is the only thing I’m allowed to say”, he completed.

BlackBerry Enterprise Service, or BES 12, allows clients such as corporations or governmental agencies to manage and secure smartphone from internal networks using not only BlackBerry’s operating system, but also iOS and Android

Boeing Black will be running on the latter and will feature call encryption and dual SIM support, in order to be able to use more operators and it will also allow users to configure it in order to connect to satellites and biometric sensors.

Still, call encryption is not the most interesting feature of the Boeing Black, as the device will come with a self-destruct function. Yeah, you read that right. If the phone is reported as lost or stolen, this function can provide further security if it contains sensitive data.

There are not details about this function, revealing how dangerous will it be or how the self-destruction process will be triggered, but we’re afraid that we will never find out either.

So, any first thoughts on the Boeing Black? Would you like a self-destructive phone?