You are here: GeekSays Technology News » Android » BlackBerry will make an Android phone only if it’s secure

Earlier this month, there were a lot of rumors about Canadian manufacturer’s BlackBerry plans of releasing a new phone, but powered by Google’s operating system, Android. Of course, at the moment, both parts refused to give any official details, but as time passed by, BB made a declaration.

Security is essential for BB

The company’s CEO, Mr. John Chen confirmed that the company would be open to this move, but with one condition though. BlackBerry phones are well known for making some of the most secure phones on the market, as they can’t be intercepted by any special services or by other means. 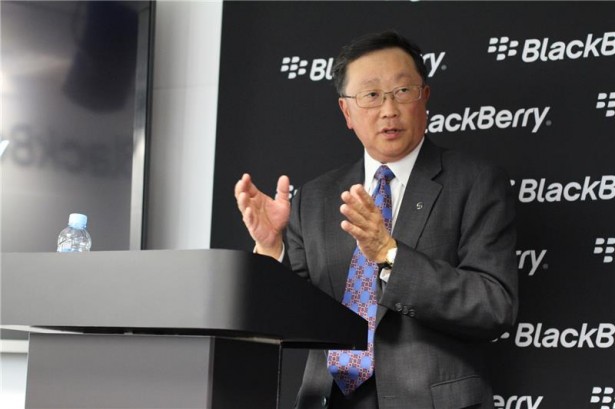 According to Phone Arena, Mr. Chen said that if Google can find a way to secure an upcoming Android phone, his company will definitely build it.

Simply put, he confirms the fact that BlackBerry is open to put Android on future phones, if this condition is met.

If you ask us, ‘build it’ is a bit too much, because as far as we know, the presumed Android-running BlackBerry was already presented earlier this year. Yes, we’re talking about that mysterious device unveiled at CES 2015.

The form factor remains a mystery

The slider is currently known as BlackBerry Prague (it’s just a codename, don’t worry) and it will most likely be a low-end phone. After all, they don’t want to risk anything by investing in a high-end device.

On the other side, GSM Arena claims that the phone will indeed by a cheap model, but will feature a form factor similar to that of the BlackBerry Z3. So no sliding mechanism and physical QWERTY keyboard, but just full-touch.

What do you think about this? Would you buy a BB running Android instead of the manufacturer’s regular operating system? Share your thoughts in the comments section below!