Microsoft has revealed some of the best features of their upcoming Windows 10 in a media event on January 21.They are planning to release the latest version by later of this year. Take a look at the interesting features of Windows 10.

Yes, Microsoft is offering a free upgrade of Windows 10 to the Windows phone 8.1, Windows 7 and 8.1 license holders in the first year. But this is not clear whether it will be chargeable or not after the first year.

Windows 10 is bringing back the start menu in a new way. This is bigger and coming with improved graphic features. The start menu will look similar to the Windows 7, only the Live Tiles are the added features. 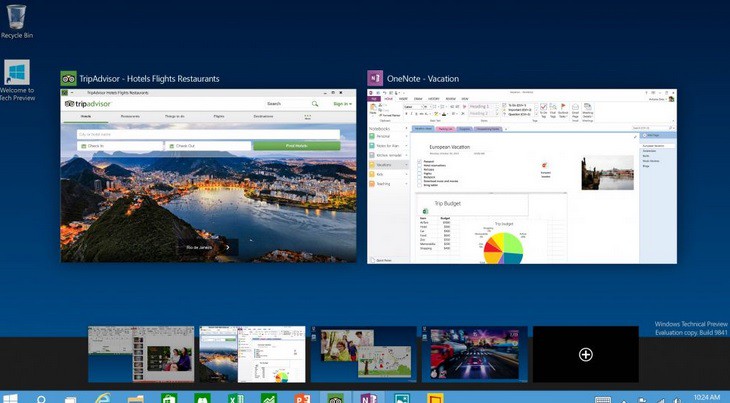 Cortana is the interesting feature of Windows 10 that is a digital assistance just like Google new and siri. Earlier it was available only to the windows phone users but now the Windows PC and tablet users also will be able to enjoy this feature.

Cortana will be located in the desktop next to the star key and you can summon this feature just by saying “Hey Cortana”.

Spartan the new browser of Windows 10 for phone and desktop has the feature of note creation, sharing abilities and cortana enabled. This replaced the IE and will be renamed as IE 12 most probably which also will have a reading mode facility.

Universal apps is the other feature that requires the developer to develop only a single app that will be available on all the devices running on Windows 10 such as phone, PC and tablet.

Windows 10 made the Xbox game available on desktop now. This OS is coming with Xbox app that will allow the users to record a game clipping of 30 seconds that you can send to other players for seeing.

This allows cross function games also so that you can play with a companion who is using the Xbox one.

Microsoft did not make anything clear about the releasing date but it is expected to be arrived by later of this year.