Every time I get a new iOS device and jailbreak it, I install the following 6 cydia tweaks straight away. It’s fair to say these are the best cydia tweaks on my iPhone / iPad.

Infact the only cydia tweaks I’ve installed on my iPhone 5s / iPad min retina are the ones mentioned here. 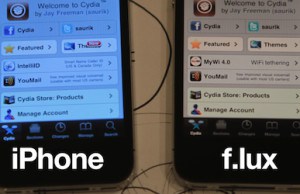 f.lux is my number one jailbreak cydia tweak. f.lux is a handy utility that automatically adjusts the color temperature of your screen, resulting in significantly reduced eye-strain. If you haven’t checked it out try it out now. 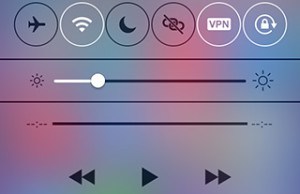 Everyone iPhone in my view needs a quicklaunch home screen tweak as it allows you to customize what toggles you can turn on and off.  CCToggles is great compared to other similar tweaks because it allows for any installed app to be a quicklaunch button. It also has a quicklaunch icon giving access to the hidden settings in iOS 7. 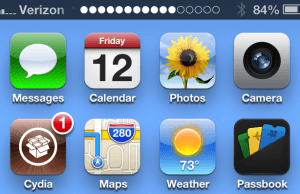 No longer will that annoying HUD box on the screen appear whenever you increase / decrease the volume. With StatusHUD2 the volume icon is moved to the status bar freeing up screen space. Perfect for changing the volume when watching YouTube videos. 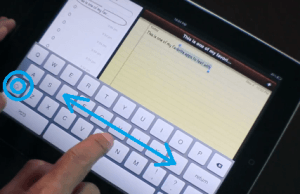 SwipeSelection is a jailbreak tweak that allows you to swipe along characters on the screen using gesture swipes on the keyboard as shown in the above pic, simple! With the news of third party keyboard support in iOS 8 this may not be a big deal in the near future but for now it’s an essential cydia tweak. 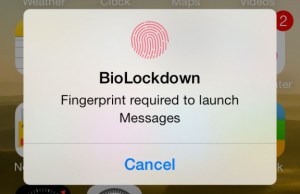 BioLockdown is a jailbreak tweak that allows you to not only restrict access to apps but it also restricts access to toggles and settings panes in the settings app. BioLockdown is a better way to protect your device using Touch ID as it’s more advance and more secure. Ok so this currently available for iPhone 5s only but we are currently giving away one and anyone can enter to win an iPhone 5s, so why not try your chance and enter here 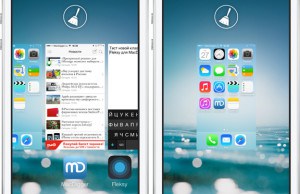 Clear Background Apps is an extremely simple jailbreak tweak that’s available on Cydia. It lets users quickly kill all running apps using a button found at the top of the iOS 7 App Switcher. Told you it was simple!

Which jailbreak tweaks do you use? Anyone using the above cydia tweaks already? Let us know below in the comments.