You are here: GeekSays Technology News » Android » Best Apps for iOS and Droid

Best Apps I Couldn’t Live Without

There are certain apps we just can’t live with out – you probably know which apps they are as soon as you read the title of this post! Now I’m not talking about stock apps such as mail, internet browsers, message..

No, I’m talking about 3rd party apps you have to download whenever you change your phone or once they need updating. 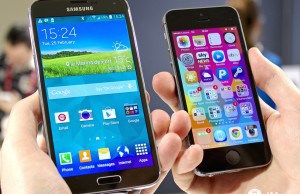 Below is a personal list of 5 best apps I can’t live without on my smartphone (iOS and Droid) as of right now.

Before I tell you it’s important you know I’m both an iPhone 5s user and S4 Galaxy Mini user, and the apps below are the ones I use on both devices, and are downloadable on the Apple app store and Google play store.

I encourage you to check them out if you haven’t already.

The 5 Best Apps For iOS and Android

I’m a big RSS reader fan, it allows me to quickly catch up with the latest news from all my favorite blog and news site. I can open up the app on my phone and instantly fetch new content direct to the app so I never have to leave my app and search individual sites on the internet browser – allowing for multiple site content in one place.

If you’ve never tried this before or want to try a new RSS reader check out Newsify and Feedly.

Make sure you add our RSS Feed here to your RSS reader !

For as long as I can remember I’ve always been into editing photos on my phone – OK so my first phone was a Nokia 3210 and my first camera phone was one where I had to buy a wired camera attachment and attach to the phone (thank you again Nokia).

However everyone always has a photo editing app – and if they say they don’t there lying because most stock apps have photo editing features in them now! So if your into photo editing check out these apps and if your not then now’s your chance to find out why there such a big hit!

Now depending on your interest in games, you may or not like RPG (role playing games) such as  Final Fantasy, WoW, Elder Scrolls.

If you do enjoy RPGs then TOF2 is a casual slot RPG which is very fun to play, I’ve lost many hours progressing through the game. It’s a rogue type game in the sense there is perma death (once you die, you start all over again) however let’s you enter previous levels without having to pay the entrance fees again.

A Bard’s Tale, ah the joys of playing a fully fledged console game on your phone (on iOS too), this game is perfect when played with a controller as it supports controller support and if you have a jailbroken iPad you can even use your PS3 controller like I do!

None of this will make sense unless you’ve played the game! I do honestly recommend this game and if you’re not a fan of the genre, this may not be for you, told you I’m honest 😛

Financial App – All your bank accounts in one app.

This is a pretty cool app if you have more than one bank account. You can check your bank balance for all your accounts in one app. No more switching between different bank apps.

Not such a good app if your broke.

Who hasn’t heard of this app, but fair play it’s a pretty useful app but I sometimes think that’s because all my friends and family are on here.

If everyone tomorrow moves to I don’t know let’s say.. Viber or WeChat, then I’m pretty sure that would of made this list and not whatsapp.

With the recent $19 billion dollar acquisition of Whatsapp by Facebook, time will only tell how amazing the app can get.. or not get.

That’s my best app list, what do you guys think?

What are the top 5 apps you can’t live without?