You are here: GeekSays Technology News » Recommends » App of the Week » Background Manager – To Bring Real Multitasking On iPhone / iPad

But somehow, Android is the winner here in providing multitasking capabilities to its users. While on iOS things are pretty different, application goes in background but on every time interaction it starts from scratch to pull up all data. Majority of applications get killed by iOS system automatically on finding out abnormal number of applications running in the dock. However, things are going to change really soon for iOS users. Especially for the iPhone / iPad Jailbreak users, a new jailbreak tweak is launched with so-called true multitasking options, and application specific running in background settings. 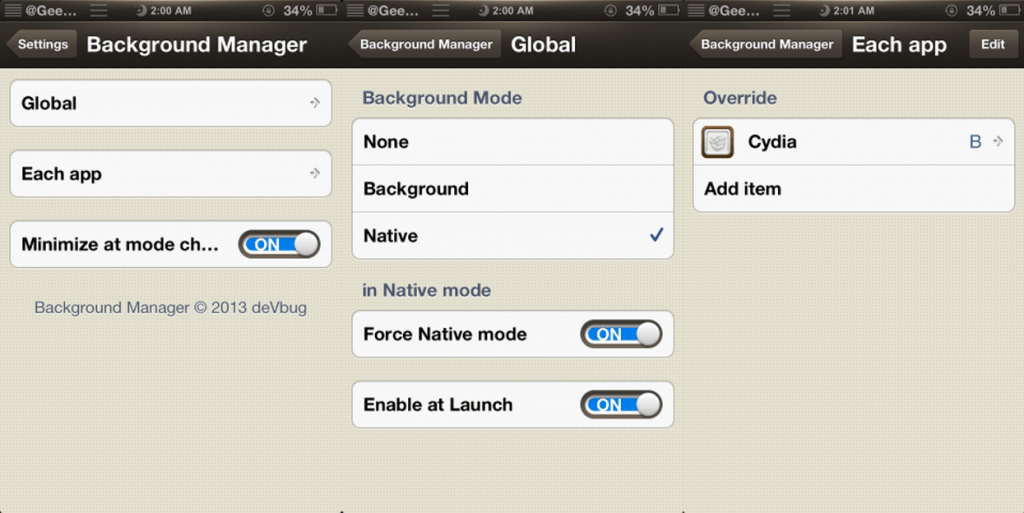 I know there are plenty of jailbreak tweaks available in Cydia that allows you the same features, but bet with me at the end of this article you will be in love with Background Manager – a true multitasking enabling tweak. It comes up with number of additional options that let you set application specific settings, and control which application is going to stay even if you reboot your device.

Background Manager is capable to preserve the current state of any application running on your device during the reboot. It simply allows you to reboot your device without losing any data and information from your screen. Furthermore, it provides real background running application futures to iPhone users.

Background Manager for iOS 6 is available in BigBoss repository for $0.99