Ayecon for iOS 7 is finally available to regain its title of most popular Cydia theme for iOS devices. Ayecon has its fair share of users interaction in jailbreaking scene, many people love to install this theme on their device. Ayecon was in development from a long time, and now goes available in Cydia for iOS 7 running device. 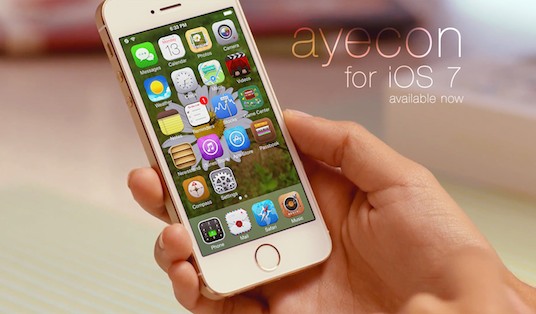 The history of Ayecon theme is pretty clear. It becomes the first ever theme for iOS devices that provide real details on Retina display devices, and let users take things in a new way on their iOS devices. Surenix, the developer behind Ayecon has announced on Twitter some days ago that he is working on the update, and now this week it goes available for general users. 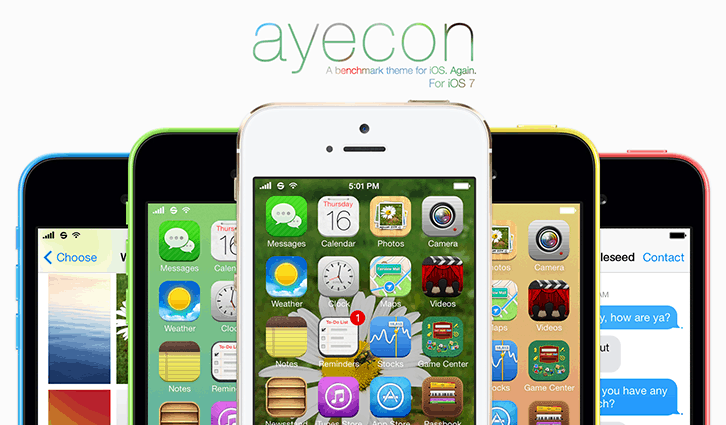 Ayecon does not come up with any new graphical changes to icons; instead the developer decided to stick with skeuomorphism design icons. We know many people going to say that skeuomorphism is dead in community, but it does not make sense why Ayecon developer still supports it?

It is going to be a heavy debate for many, but, not for those who does not love iOS 7 flat icons interface, and wants to get their iOS 6 like interface back. Ayecon becomes the next home for those users who wanted to get back on iOS 6, but do not want to loose latest features that come with iOS 7 update. It offers a great way to optimize your device look without missing any update. 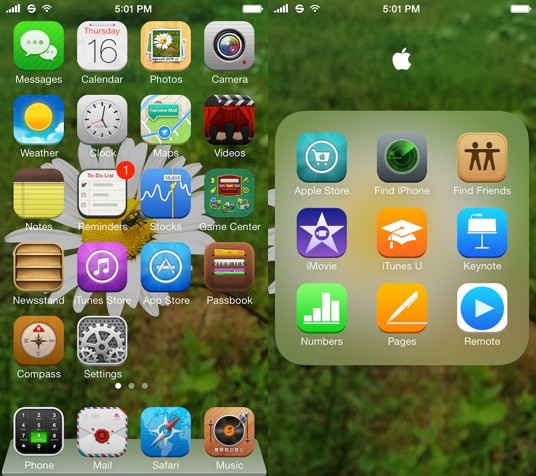 Ayecon still becomes one of those Cydia Themes that offer high graphic details to iOS users, but now it looses its grip on the users as we already have numerous themes available in Cydia that offers little changing in iOS 7 interface than completely retrieving iOS 6 design profile.

Ayecon for iOS 7 comes up with a huge controversial touch for Cydia theming community. As I have mentioned before, I love to see the iOS 6 style back on iOS 7 running device, and therefore, I have planned to use it on my daily use device.

It is available in Cydia for $2.99 price tag for those who do not like flatness of their iOS 7 device.