Lock screen customization on iOS is pretty popular, everyone tries to customize its lock screen according to his/her use. Personally, I am also using numerous jailbreak tweaks that allows me to perform some common tasks through the lock screen of my iPhone. No wonder, there is no shortage of Cydia Jailbreak tweaks that comes with an aim to customize the lock screen look. There are thousands of tweaks available that are entitled as best tweaks, but I believe there is another tweak launched in Cydia that will gain this title. 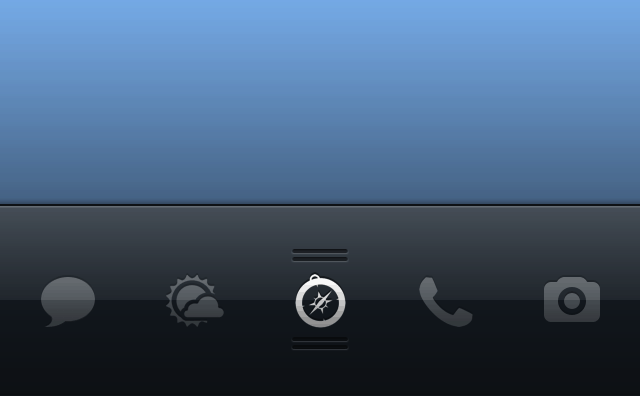 Axis, a new tweak launched in Cydia with an aim to provide quick access to five user chosen applications on the lock screen. The tweak is going to get a best tweak entitle because of its logical design, and smooth functionality. Over the years, million of tweaks launched in Cydia to customize the iOS core, and from them we have only learned that people prefer changes with native UI on iPhone & iPad. The Axis tweak comes with a great combination of iOS native UI & functionality. It intelligently uses the iOS stock lock screen camera grabber to pull its button on the slide to unlock session. It provide smooth running on the device, and a quick launch of application via the lock screen. 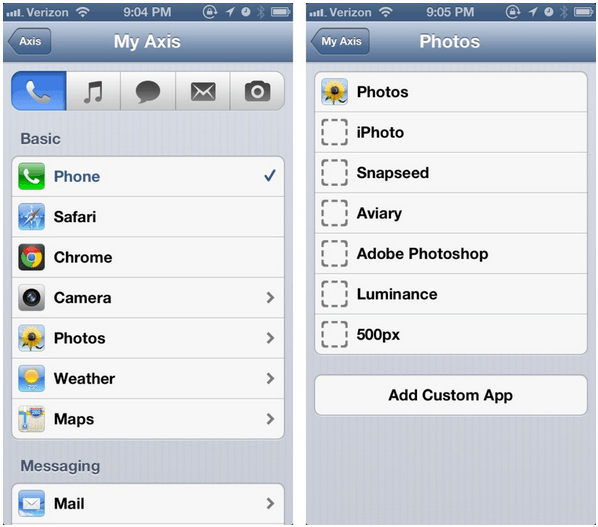 The story of Axis doesn’t ends here, it is kind of mega features tweak. It comes with built-in lock screen, and locking methods to protect your data from being stolen and misused under unauthorized access. Furthermore, it comes with a additional settings window in the iOS Settings app. The options allow users to easily set custom applications launch on the lock screen. We have above embedded the image to show that how logically it divides section. It also comes with lot of third-party applications integration, means it allows them to easily use the quick launch function.

Including all these functions for your on iPhone, Axis is available to download from the Cydia. It is available in the BigBoss Repository with a price tag of $0.99.