No doubts that Facebook Home gained lot of hype around the world, but it didn’t able to continue its glory after first few hours of launch. Facebook done lot of work on Facebook Home to make it smooth for users, but somehow Facebook content flow start bugging the users on device. Same thing goes for the Facebook & HTC combined adventure of launching an exclusive phone with Facebook Home by default. HTC First sees lot of demand in the market due to Facebook high integration in Android, but Facebook Home launch before the device erupt the HTC First sales. 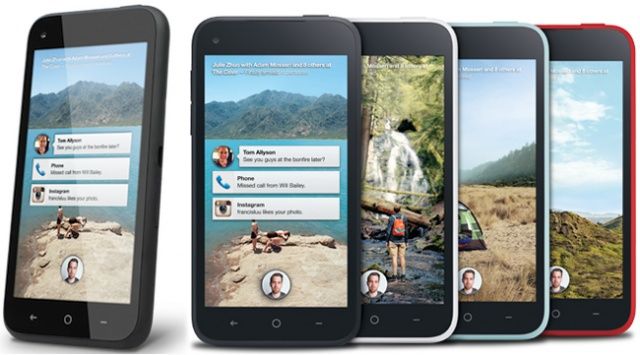 A new update on HTC First distribution in the market claims that AT&T who supported the HTC First in the market is backing out from the deal with cancelation of device sales on their career. HTC First launch last month on AT&T exclusively, but device didn’t able to capture any market. Facebook’s newly based Facebook Home interface on Android didn’t attract people in the market to purchase a separate phone for just sake of this feature. The reports are not confirmed yet from any officials of AT&T but analyst’s claims in the market are reporting that AT&T planning to drop HTC First phone from their shelves.

It is merit mentioning here that AT&T last week dropped the HTC First price to less than 1 dollar on their career. The significant drop in price of HTC First also hints that AT&T is not feeling good with Facebook’s flopped smartphone. It has been reported that AT&T is planning to discontinue the sales of HTC First, and will return the rest smartphones to HTC for their direct sales.

HTC First holds lot of sketchy specifications that attracts the people at most, and Android Customization Community is also working at their best to bring something new for HTC First. Well, if you are yet to get your hands on the device then there are chances that you will never able to get new HTC First.