While around 70% of all reports indicate that the iWatch will be announced on September 9th at the iPhone 6 event we still aren’t sure if this will be the case, but more and more details about the presumed iWatch made by Apple have appeared on the Internet. 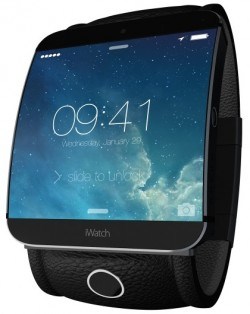 The latest news insist on the fact that a meeting with the top Apple executives recently took place where they discussed the price of the upcoming iWatch and chances are that it will be situated somewhere in the $400 range, making it more expensive when compared to some of its competitors. Well, this isn’t really surprising as we’re talking about Apple, a company with a well-known name when it comes down to quality, but we’ll have to wait and see how good the iWatch turns out to be.

For starters, chances are that it will allow users to control different functions of their phone, but also read/send messages, capture photos and take advantage of the large number of sensors that the iWatch will be equipped with. We should be expecting more news about the iWatch as its release date gets closer. Chances that it is so well kept by Apple that nobody had the chance to take a photo of it are quite low when we take the amount of pictures that we’ve seen of the iPhone 6 until now.

Do you expect the iWatch to come with any out-of-this-world feature?