You are here: GeekSays Technology News » Apple » Apple’s CEO, Tim Cook pours a bucket of ice over his head

Chances are that you may have heard about ALS and the recent wave of videos that celebrities from all around the world have been posting with the purpose of raising awareness for this disease, while also encouraging more and more people to donate. The challenge is known to ask people to pour a bucket of ice or cold water over them while also designating three other friends to do the same and preferably uploading a clip of them doing this on the Internet. It seems like Apple has also taken part in it.

Well, after being challenged to do so by Phil Schiller who also happens to be Apple’s marketing chief, it seems like Tim Cook accepted the idea and well… had a bucket of ice cold water thrown over him. This isn’t only a great thing when it comes down to promoting awareness for this disease, but it is also equally entertaining to watch CEOs, stars and executives from all around the world while pouring ice cold water over their heads, some of them including Mark Zuckerberg, Bill Gates and many more. 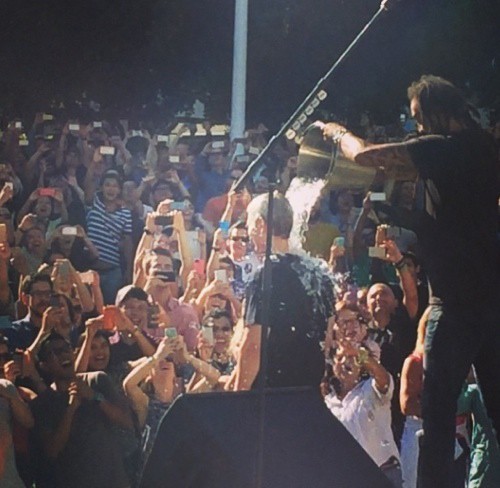 The video taken at Apple’s campus in Cupertino can be seen right here. Who else would you like to see pouring a bucket of cold water over their heads?