There are no doubts that Apple has long plans for its Apple TV product, but from recent spike in the addition of streaming providers in the Apple TV box. We can say that Apple is preparing for something that is not confirmed yet publicly. Apple has been adding few channels to Apple TV every month, and this month Apple included ABC, Bloomberg, Sony’s movie and TV show streaming services Crackle and Korea-based on demand service KOR TV also makes it way to Apple TV this week. 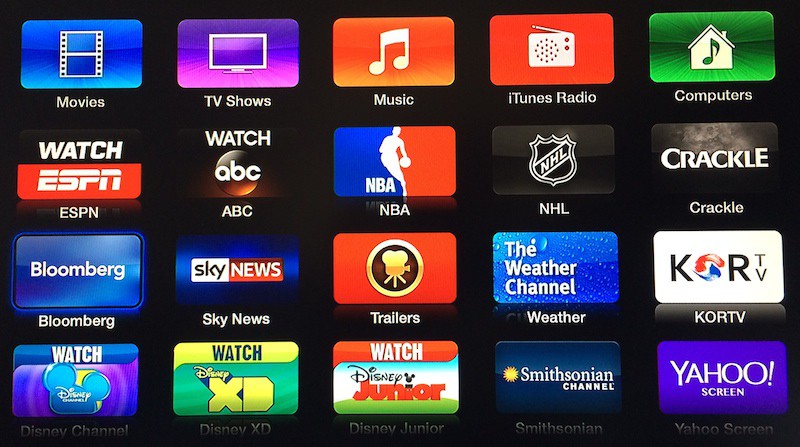 Apple has recently added Yahoo Screen, PBS channels and many more in the last two months. The new content providers are really making business with Apple TV, and it suggests that Apple is finally getting on track with everyone in television content streaming industry. However, the addition of Watch ABC channel brings a new challenge for Apple. Users will require a subscription to watch latest content from ABC channel, you will be required to be an ABC subscriber.

With addition of Bloomberg channel in Apple TV, it becomes the 24/7 live streaming service provider on Apple TV, and is the very first channel that is bring real-time content on Apple TV for users. The Bloomberg channel is including all live streaming of business news, and breaking news from all over the industry. Moreover, it is now offering on-demand clips and TV show episodes.

We have already heard from numerous sources that 2014 is the year for Apple TV, but recently some chirp from the community declined the rumor. However the speedy changes in the content providers suggests something else. We will keep you updated with our updates about Apple TV.