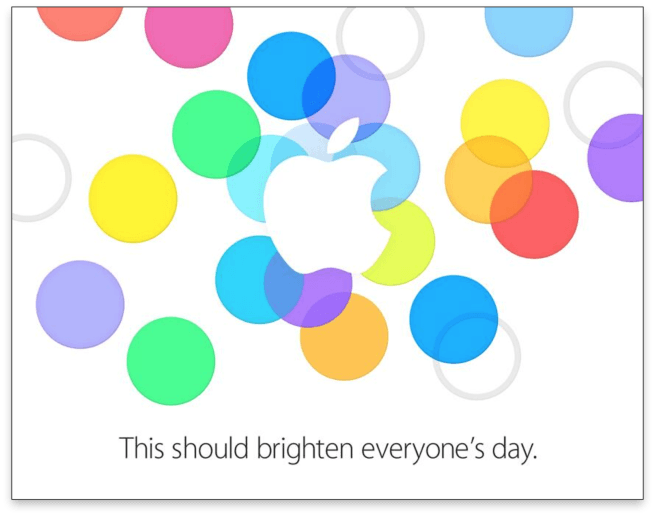 The media invitation lacks any kind of information for two iPhone models launch at the media event, but it appears to be promoting the iOS 7 clean theme on the media event banner. There are multiple rumors series claiming that iPhone 5S and the iPhone 5C – low cost iPhone version is coming on the event. The invitation carries different colors of dots in the background, which clearly matches with iPhone 5C color bodies leaks over the last few months.

It is believed that Apple is giving another hint to media for its upcoming changes to iPhone series with the launch media event invitation. The invitation is also carrying a traditional words from Apple PR “This should brighten everyone’s day”.

While the iPhone 5S said to be featuring a major specification bump this year with finger print sensor on home button, and the traditional hardware upgrades that includes the 31% faster A7 (64-bit) processor, and upgraded iSight camera lens. On the same event, Apple is believed to be previewing the final features of iOS 7 in public, and will reveal the secrets of the upcoming iOS 7 to public.