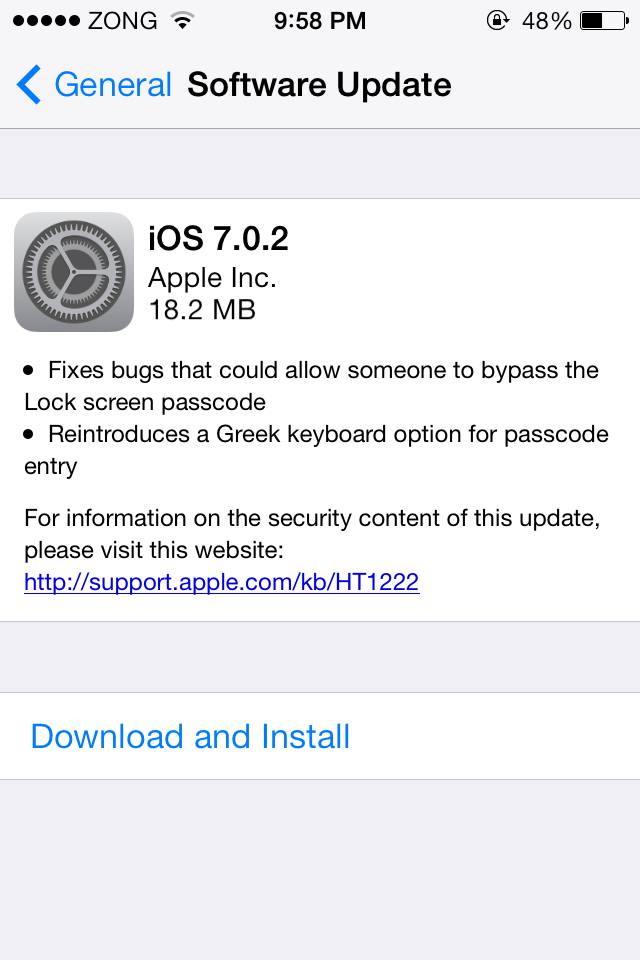 The iOS 7.0.2 download update is exclusively offered as an OTA update to iOS users. The iOS 7.0.2 update is fixing major lock-screen bug that allowed an iOS security expert to bypass the lock screen on iPhone 5 and latest devices. The iOS 7.0.2 OTA update can be installed via connecting your iOS device to internet, and then Settings -> General -> Software Update.

Today’s iOS 7.0.2 Update requires an active internet connection on your device, and it can be easily installed as it is weight ranging between 17MB to 20MB on iPhone and iPad devices.