Apple has released plenty of updates to its software products for OS X Mavericks support, and to introduce full features compatibility with iOS 7 and OS X Mavericks running machines. Apple was expected to release an update to iTunes, and XCode for developers. It is now reported that both products have received an update in Mac App Store, and now available to download on OS X Mavericks. 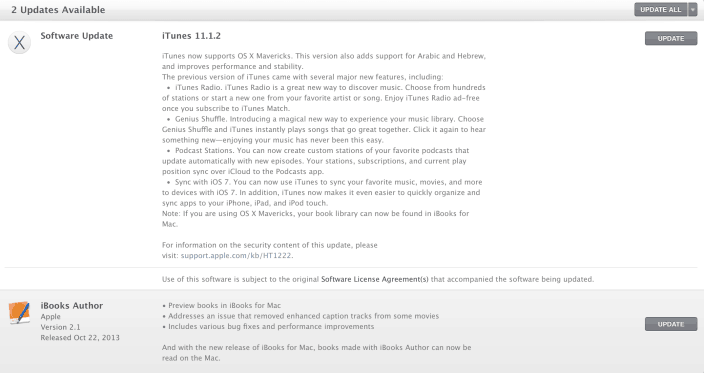 It is merit announcing that Apple has also rolled out a minor update to iBook Author for OS X Mavericks, and to support the latest iBooks landing on latest generation OS X versions.