You are here: GeekSays Technology News » Apple » Apple plans to open new retail stores in China in next five weeks

Apple has already 15 stores present in china and their new resolution is to set up five more retail stores in the next five weeks. They are in full swing to expand their business in China.

Tim cook, the chief executive officer of Apple said to Chinese media that their plan is to set up 25 more retail stores within two years. If they want to increase the business, it is must to expand the business in Chinese market. Already there are many more handsets available in this country such as Huawei technology, Lenovo, Xiaomi, Samsung Electronics ltd etc. 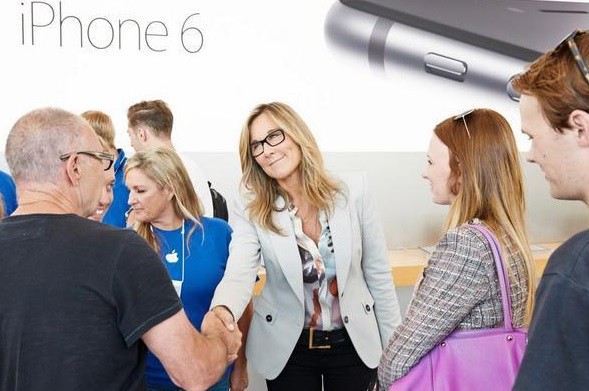 Angela Ahrendts, the retail lead of Apple said that they want to open five retail stores in China before the Chinese New Year. Four stores will be situated in the in the new city. The first store will be at Zhengzhou and the second store is planning to be opened in Hangzhou near Sanghai.

Xiaomi is the biggest rival of Apple in China. The handsets of both the company Apple and Xiaomi look very similar in design but Xiaomi is less expensive than Apple devices. Xiaomi leads a large portion of the Chinese market. But apple’s lead designer Jony Ive is not happy with their rival Xiaomi. He also said that when something is in the market for the first time then it is not very sure to be liked by all the people. But when you work for several years on something and then it is stolen, this is really harsh. This is the picture of laziness and theft.

Apple also filed several cases against Samsung which is a big android phone maker and Samsung too did the same thing of its own. Both the companies Apple and Samsung spent huge money in court.