You are here: GeekSays Technology News » Apple » Apple: Mac Pro 2013 To Be ‘Something Really Different’

Apple has been delaying the launch of new Mac Pro product update from last several years. We have seen people going crazy over Apple’s decision, and the promotion of other products at Apple. However, this time, Apple is again in works on Mac Pro product update for WWDC 2013. A new report on upcoming Mac Pro update confirms that Apple is bringing “something really different” in market with Mac Pro 2013 model. According to the words from a video professional who said to be got in touch with Mac Pro product manager says that Apple is bringing something really new and different in the market with latest Mac Pro 2013. 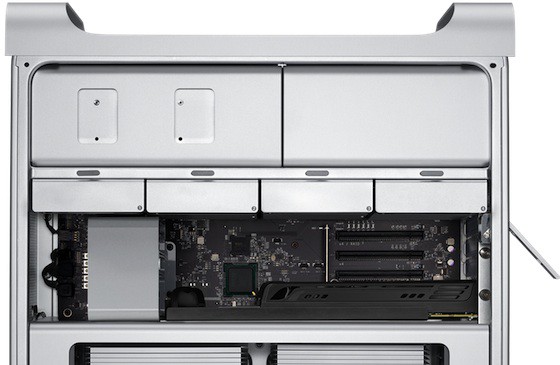 The report takes shape from a thread at RedUser.net forum, Andrew Braid – who reportedly talked with Mac Pro product manager, Douglas Brooks on the phone. He reportedly sent couple of emails to CEO Tim Cook regarding his concerns about the current situation of Mac Pro product in the market. He highlighted that Apple has ignored Mac Pro update for several years, and this has raised lot of questions for professionals.

While sharing the matter with MacRumors, Baird told that Brooks (Product Manager) did not reveal any information about the upcoming Mac Pro 2013 model specifications and launch date, but make assure him that Apple is bringing something really different in the market that will change the trend. He told that Brooks on phone call asked him about the features he want to see in Mac Pro 2013 model, and he shared his views. While at the end, Brooks’ reveals that Apple is getting ready to launch Mac Pro 2013 model later this year, and something really different.

“You are going to be really glad that you waited [to buy a new tower]. We are doing something really different here and I think you’re going to be very excited when you see what we’ve been up to. I can’t wait to show this off”.

Apple is said to unveil new Mac Pro 2013 at WWDC 2013, and as per our coverage, the Cupertino company has start decorating the WWDC 2013 place in San Francisco.