You are here: GeekSays Technology News » Apple » Apple is changing the App pricing all over the world after currency swings

With the currency fluctuations, Apple changed the prices of the applications in Europe and Canada last week. With the rising of US dollar last week, the prices of the apps that are sold from the App store have been increased in Russia, Canada, European Union and Norway because of the foreign exchange taxes and rates. The changes started last week, in Canada, the price of apps changed from 99 cent to $1.19 and in Europe, the basic app price was 0.89 euro which jumped to 0.99 euro. 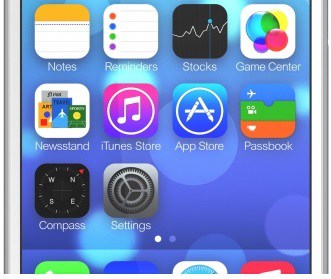 This is not the first time Apple changed the app prices, previously also the Company raised the prices of the programs in many international app stores. This is why Apple is reluctant to make changes, according to Slaven Radic, chief executive officer of Tapstream Network Inc., an app-developer consultancy.

Radic said that Apple is very measured about the price changing and they may lose money if they do not change the prices on things.

A spokesman from Apple, named Tom Neumayr said that Apple sent messages to developers about the increasing app prices in Europe, Canada and Russia. This news was reported by the technology blog 9to5Mac on last week.

In the last 12 months, most of the major currencies refused against the US dollar, with the US economy on an upswing. Since July, the Canadian dollar is down and came to about 10.1 percent and it touched the lowest level against the US dollar on January 9 in 5 ½ years.

Most of the annual revenue of $182.8 billion Apple gets from outside the US. So, Apple said, that how the strengthening dollar will have an effect on the business.