A number of iOS 7 users are complaining now about the broken iMessage service on their iOS devices. Over the last few weeks, we have heard a lot about iMessage service problems at social media and different iOS forums. Users are facing trouble in sending and receiving iMessage on their iOS 7 running devices. A quick method elaborated earlier this week, which allow users to fix the issue temporarily for some users. A quick method requires iOS 7 users to reset all settings on their devices to make iMessages working again on their devices. 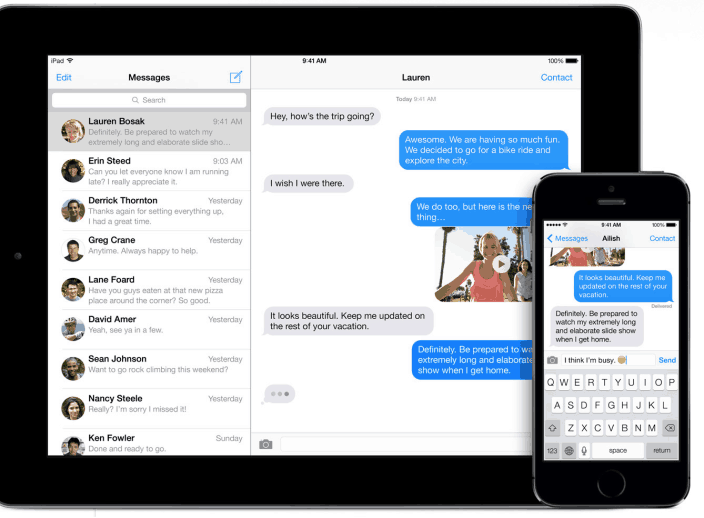 Reportedly, Apple acknowledges to the iMessages services blackout issue on iOS 7 running devices. Apple has told WSJ that it is working on an imminent fix, and an upcoming iOS 7.0.3 update will fix iMessages issue for everyone around the globe.

“We are aware of an issue that affects a fraction of a percent of our iMessage users, and we will have a fix available in an upcoming software update,” Apple said in a statement. “In the meantime, we encourage any users having problems to reference our troubleshooting documents or contact AppleCare to help resolve their issue. We apologize for any inconvenience this causes impacted users.”

On the other hand, last week, we have seen plenty of devices with iOS 7.0.3 running on our servers. According to some sources, iOS 7.0.3 update released to Apple’s internal employees, and as well as to developers that are close to Apple. The wide-range testing of iOS 7.0.3 already begun at Apple. In the past, we have seen Apple rushing for the release of iOS 7.0.1 and iOS 7.0.2 update to fix some major / minor issues on various iOS devices.

The iOS 7.0.3 update has said to be coming for public by the end of this week. We will get iOS 7.0.3 via OTA update. The iOS users required to be running the latest version of iOS 7 on their devices before installing an iOS 7.0.3 OTA update, on iPhone, iPad, or iPod Touch. This iOS 7.0.3 update will also fix the lock-screen workaround that gets highlighted in iOS 7.0.2 release.