You are here: GeekSays Technology News » Apple » Apple Inc. may launch its iPhone 6 Mini in 2015

In September, Apple launched its iPhone series iPhone 6 and iPhone 6 Plus. iPhone 6 Plus is the first Phablet from the company and through it Apple proves that they are ready to take part in competition in the Phablet market. In both the phones you will see change in size, the iPhone 6 Plus measured at 5.5 inches and iPhone 6 measured at 4.7 inches. It did not take much time for the Cupertino-based tech company to understand that bigger size is sometimes better which its rival Android knew for a long time. 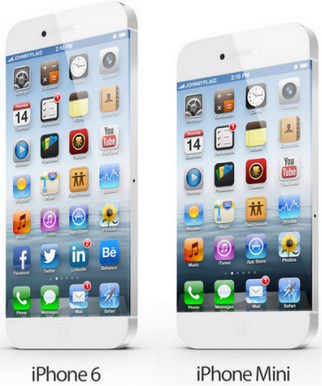 According to a recent report, Apple will launch the iPhone 6s soon and the size will be as like the phone’s original size. This rumor came from Tim Arcuri, Cowen and Company analyst. The report also dubbed the device as iPhone 6 Mini. From the report of Tim Arcuri, it is also known that the iPhone 6 Mini will be packed with the same advanced features of iPhone 6 and the design will be as like iPhone 5S. It is suspected that this device may replace the iPhone 5C as the affordable-priced Apple phone.

Another report from The Mail Online says that two devices will be launched in 2015 to increase the sale. Apple may release the iPhone 6 Mini (iPhone 6S) for those who are looking for a little cheaper model before announcing about iPhone 7 in the autumn.

There is also a report from Taiwan that says Apple is planning to double the RAM in 2015’s iPhones and iPads. That means new tablets will be powered with 4GB RAM and new iPhones will be powered with 2GB RAM. So the devices will offer better multi-tasking experiences. Some sources also say that Apple is a little hesitant to release its upcoming Apple watch without a phone to go with it.

So we all may need to wait till fall to buy both devices.