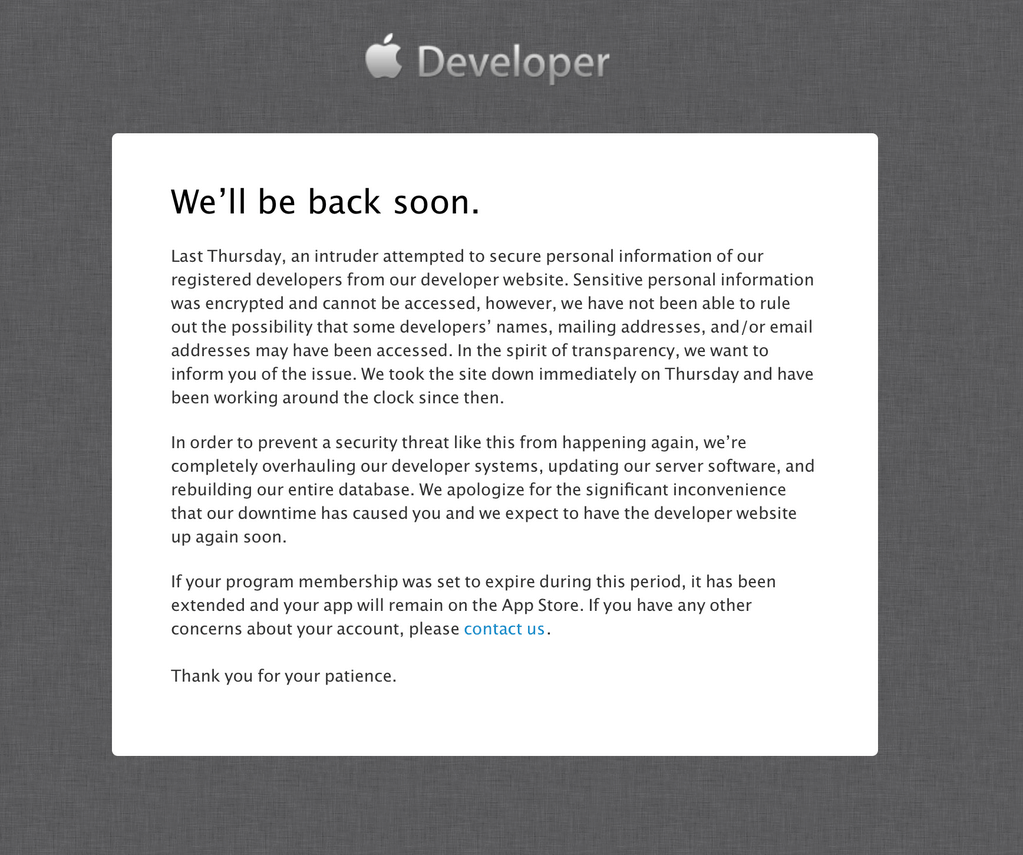 Apple sends out an email notification claiming that Apple Developer Center is back, and now features next-generation security measurements from Apple Geeks. Apple has rebuilt the whole system from scratch within three days, and now back on the schedule to roll out latest updates of iOS 7 beta to developers. According to the email, Apple said hacker may have access to some developer’s personal information but it is not confirmed currently by their team. Apple has built the developer system from scratch with all-new structure of databases, and server software including the app code that contains all the data on their highly-secured servers.

The recent 4-day outage caused a big trouble for Apple Developer Center Security team, and forced them to work over the clock to resolve the issue on time. The iOS / OS X Developer portal is said to be in currently in work by developers, and soon will be available to developers for normal access.

On the other hand, there are chances that Apple may delay the launch of latest iOS 7 Beta downloads and OS X Mavericks. The Developer Center is still in progress, and therefore they will require another portal to launch the beta updates to developers on time.