If you’ve bene surfing the Internet in the last couple of weeks, then chances are that you are already aware of the scandal surrounding the film against Kim Jong Un known as The Interview.

After deciding not to air the film anymore due to some terrorist threats presumably coming over from North Korea, the folks behind the film decided to release the film to a couple of theatres, but also on-demand film providers. Well, after negotiating with a couple of different companies in order to get the film released on the Internet, it seems like Sony also tried to talk to Apple about getting the movie up on iTunes. 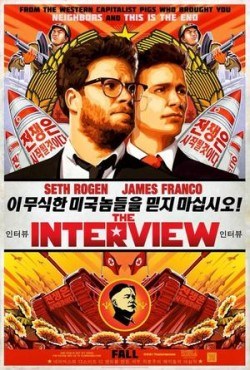 According to the recent reports, it seems like Apple displayed no interest in taking part in this masquerade after all and that iTunes users will not be able to stream it, rent it or buy it from the Apple servers. While we are not exactly sure why so many companies apart from Apple declined to air the film, one thing is clear. Whoever is interested in it can already get to see it either at the cinema or on the Internet via a couple of different providers.

After Sony’s latest announcement, it seems like the company is trying its best in order to make sure that the film is accessible to more and more people as they continue the fight for film independence and for the freedom of ideas.

In the case that you are not yet aware what The Interview is about, then it is a film featuring Seth Rogen and James Franco who head over to North Korea in order to interview the supreme leader, but also assassinate him at the request of the Central Intelligence Agency.

What do you personally think about The Interview and the scandal that is was involved in? Were the claims real or was it all just a major advertising hoax meant to promote an otherwise mediocre film? Let us know your thoughts in the comment section below.