You are here: GeekSays Technology News » Apple » Apple decided to stream The Interview

If you’ve been on the Internet in the last couple of days, then chances are you are already aware of the big scandals surrounding The Interview. After Sony decided to pull the movie out and then proceed to get it back in, negotiations over who will share and stream it began.

Out of these companies we also have Apple. After the Cupertino based company chose not to show support and carry the film just like Netflix, Microsoft and a couple of more companies, it seems like the company has changed its mind and they are now streaming the movie over on iTunes, where anyone who has an account and a credit card can go ahead and purchase it. 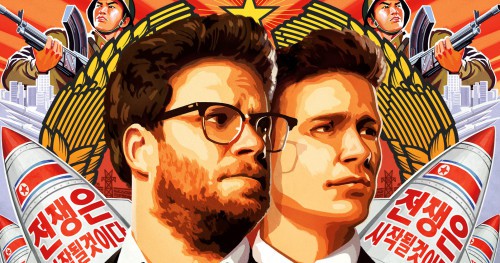 The pricing available over on iTunes is around the same as that which can be observed on other similar platforms, which is good news, especially as there were a couple of rumours pointing towards the idea that Apple was planning to make the price a little bit higher, thanks to their large number of users. With this being said, anyone who is interested in watching The Interview over on iTunes can rent the movie by paying the sum of $6, or proceed to buy the film for the total sum of $15.

However, while companies like these are fighting for supremacy in showing The Interview, it seems like the movie has quickly became the most popular torrent in the last couple of days, as thousands of people from all around the world have downloaded it illegally.

Anyway, based on everything that has been outlined so far, have you seen the film? If yes, what did you think about it? Was it worth all the tech scandal? Let us know your thoughts in the comment section below.