It seems like every generation of Apple products if cursed to suffer from an unexpected issue. If the iPhone 6 Plus was ‘accused’ of bending way to easy, the Apple Watch has all the chances of becoming useless for any user with tattoos.

There have been a lot of reports from users, claiming that the smartwatch’s heart rate sensor, alongside other features, are facing difficulties in working properly, due to the ink used for their tattoos, according to The Next Digit. 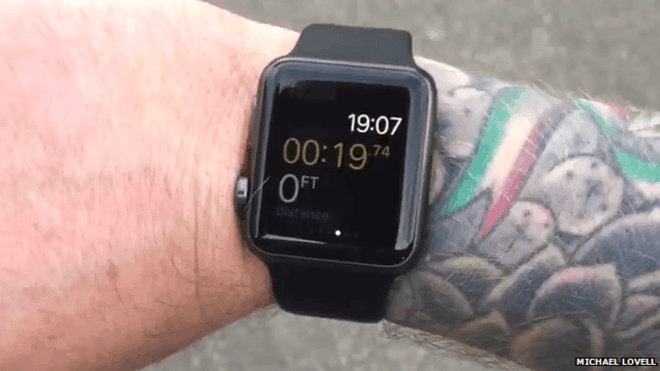 To be more specific, a few users posted videos showing their Apple Watch dealing with locking and pausing issues, while work on a tattooed hand. Technically, the sensors integrated in the device aren’t able to detect if the device is worn around a wrist.

Like expected, a new ‘gate’ trend has risen online, as the issue has been called ‘Tattoogate’. Still, Apple acted fast and already acknowledged the issue on their support website. Keeping it short, yes, your Apple Watch might not work properly if you have tattoos on your wrist.

Was Apple expecting this?

The ink pattern and saturation of some tattoos are able to interfere with the sensors, as the technique used in the device is similar to the one used for medicine, where light absorbed by the blood is measured.

The sensors in the Apple Watch are using green LED lights, paired with light-sensitive photodiodes, detecting the blood flow in your wrist. So, if your tattoos are dark, the amount of light absorbed by your blood isn’t measure correctly.

Of course, this makes us wonder is users with darker skin will face the same issue. It seems that a group of researchers already confirmed this theory, but for the moment, the Internet only complains about tattoos.

What are your thoughts on this?