One of the most expected Chinese smartphones, the ZTE Nubia Z9, was unveiled yesterday during an official event held in Beijing and, at a first look, it’s one of the most impressive devices we’ve seen so far, at least in terms of looks!

ZTE has something against bezels

Confirming all the rumors, the handset, comes with a very thin reflective bezel, giving the impression of an edge-to-edge screen. According to GSM Arena, the bezel measures just 0.8mm, but due to the technology used, it reflects the screen image and…man, it looks awesome! 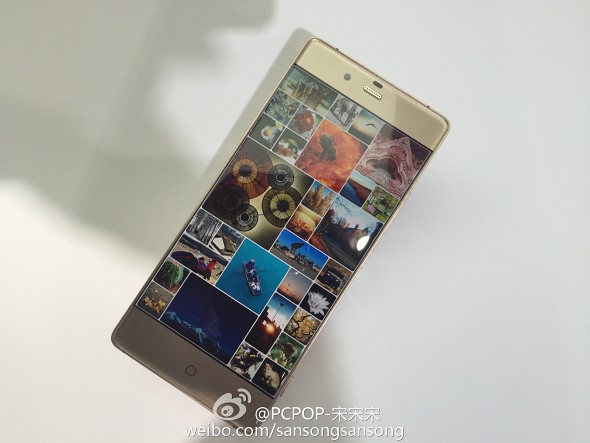 Also, one of ZTE Nubia Z9’s features that we really like is called FIT. The frame integrates a touch-based technology, which allows you to take a screenshot or even activate the camera just by touching it.

The phone has the top-notch Snapdragon 810 at its cores, alongside 3 or 4 GB of RAM, depending on the version. Same goes for the internal storage, which can count 32 GB for the Classic model, while the Elite and Exclusive ones come with 64 gigs.

The above-mentioned bezel-less display is actually an 1080p Continuous Grain Silicon 2.5D panel, measuring 5.2 inches. We’re a bit disappointed about the resolution, as QHD would’ve been way better, but considering that the battery has a capacity of just 2900 mAh, 1080p was the right choice.

Photography enthusiasts will love this!

Moving on, on the back of the ZTE Nubia Z9 we can find a 16 MP camera, with f/2.0 lens and optical image stabilization, teaming up with a front-facing 8 MP Sony sensor, with a wide 80 degree lens. Besides this, the Android 5.0 Lollipop operating system comes with the Nubia 3.0 interface, which also brings a couple of very interesting camera features.

Finally, other specs worth mentioning are the Dolby 7.1 surround technology and the fingerprint scanner. The latter is available only on the Exclusive edition, featuring sensors on the power key and volume rockers.

The ZTE Nubia Z9 is already available in China, at a starting price of about $560 and reaching even $720, for the top end version.

Any first thoughts about this smartphone?