You are here: GeekSays Technology News » Android » Android TV, coming soon to a screen near you!

After the Google TV platform wasn’t that well received, Google is back on the market with a totally new multimedia interface, hoping to get a big slice of this market, currently dominated by players like Apple, Roku or Amazon.

Called Android TV, the new platform brings a whole new experience, totally different from Google TV. If the first one was basically transforming your TV intro a giant smartphone, Android TV has an interface similar to what its competitors are offering. 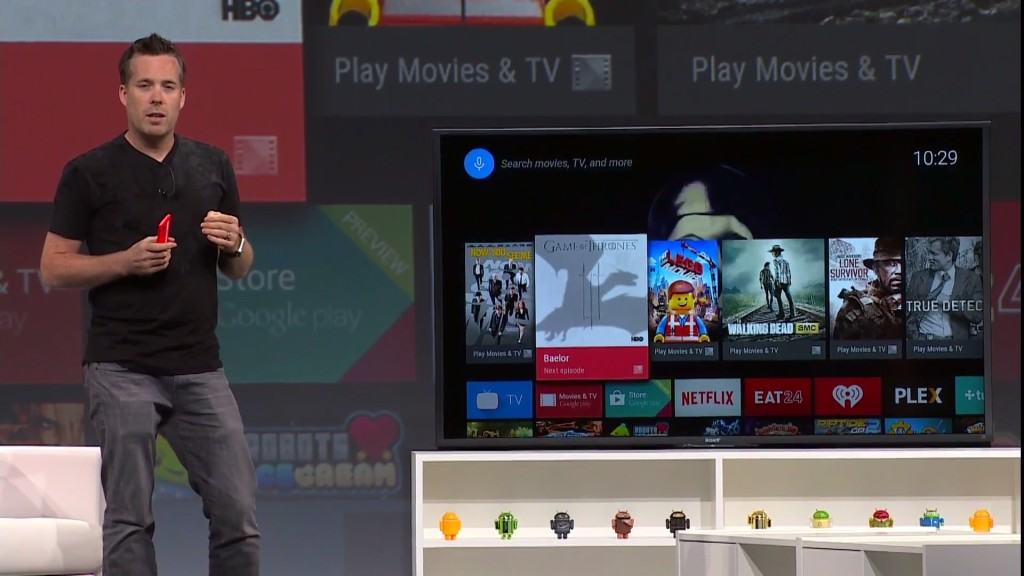 Based on a cards system, just like Google Now, it will give you the possibility to move them with your keyboard, remote control, smartphone app, tablet or even your Android Wear smartwatch. These cards are organized in sections, like Movies, Shows, Games or App, looking like giant posters.

Ok, but anything else except movies?

Besides the preinstalled apps, like Netflix, Hulu, YouTube, Hangouts or Play Movies, Android TV will allow you to use Google Search and the Play Store, so you’ll have access to tons of new apps. Oh yeah, and the coolest part is that you can control them using just your voice.

Gaming wasn’t neglected either, as you will be able to connect different gadgets to Android TV and play mobile games directly on your big screen tv.

The platform will be available on all 4K TV sets from Sony, Sharp and Philips which will be launched in 2015, while manufacturers like Razer and Asus also announced some upcoming top box sets using it.

What do you guys think? Does Google have a small chance of joining a market where other players are already dominating?