After being announced last year, at Google I/O 2014, the Android for Work app has finally hit the Play Store. If you’re running Android 4.0 and above, you can give it a try right now and see how Google’s new idea works.

One more step to one billion

Through the new app, Google is looking forward to achieving their goal of one billion Android devices owned by consumers accepted by business as work devices, according to ZDNet. 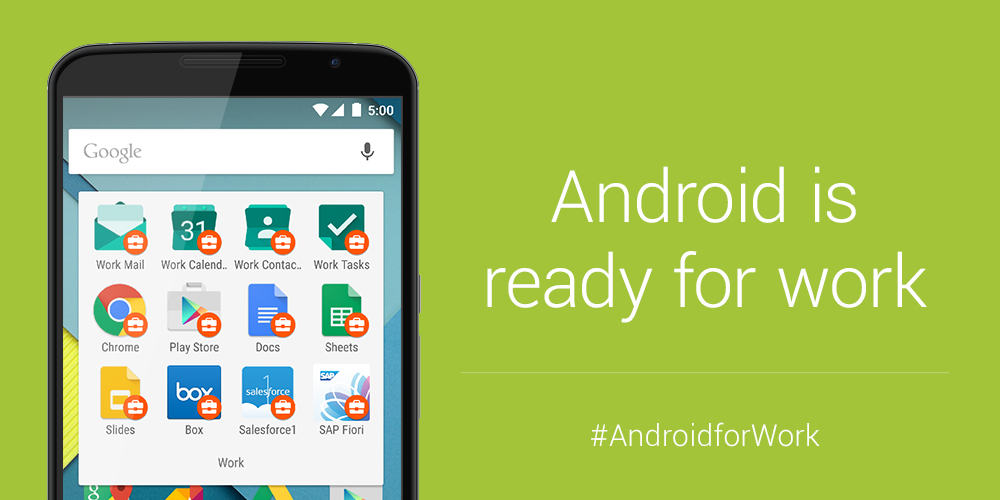 But how does Android For Work help me and why should I use it? Oh, don’t worry, we will get to this in a jiffy!

The app allows users to have two copies of the same app, one for personal use and one just for business or for using it at their workplace. It’s that simple. They might be installed on the same device, but they are securely kept separate, meaning that you can switch between them without the risk of dealing with any data interference between any of the apps.

No risk of mixing data

For example, if you’re using Evernote for your groceries list and jotting down the movies you want to watch, but you also have to use it for some of your work projects, Android for Work is the solution. Using it, you won’t add 2 pints of milk and some chocolate on a checklist from that big project you’re working at.

Android for Work is an excellent addition to your phone if you’re constantly using it for work and not only. Maybe you just need two instances of an app, for different purposes and you don’t want to mix up data.

For the moment, the app is still in its early days, but we’re confident about the downloads number increasing constantly over the next months.

Any first thoughts about this? Will you download Android for Work?