Going back in 2013, we can remember how many tech enthusiasts were craving for a Nokia Lumia phone, with its amazing build quality, running on Google’s mobile operating system, Android. Some magical fairy must have listened to them and a few months ago, Nokia finally released a trio of Android-based devices. It’s true, they were customized in such way to look like their good ol’ Windows Phone, but hey, it was Android!

Nokia X, X+ and XL were entry-level to mid-range models and let fans a bit disappointed, but the Finnish manufacturer seems very interested in the feedback received from the users, a good enough reason to release an updated version of the Nokia X, called, you’ll never guess it, Nokia X2. 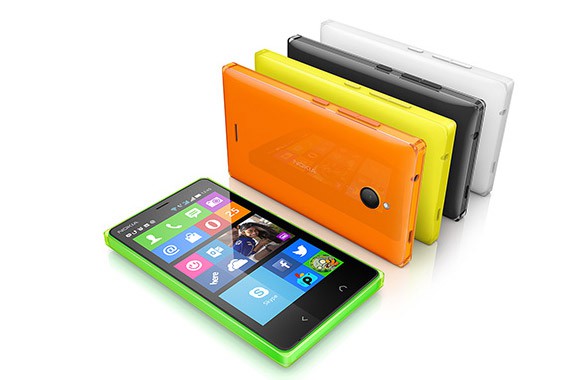 It comes with a slightly larger display, measuring 4.3 inches and it’s using the ClearBlack Technology. Still, the resolution is just 800 x 480 pixels, resulting a density of just 217 pixels per inch. Under the screen, we can see a new Home button, just next to Back, which will really come in handy.

Everything seems bright and colorful, but what can this phone really do?

Under this plastic body we can find a Snapdragon 200 chipset, with a 1.2 GHz dual-core Cortex-A7 CPU, paired with 1 GB of RAM and 4 GB of internal storage. Yeah, we know it’s not that much, but there’s a microSD card slot, enabling you to expand it with 32 more gigs.

On the back, we have a 5 MP camera, with autofocus and LED flash, while a front-facing snapper is also present.

Last but not least, the price. Since we’re dealing with a mid-ranger this time, the price tag is very friendly, as the Nokia X2 costs about $130, tax free.

What do you think? Is the X2 closer to what fans were expecting from a Nokia with Android? Or do you think they will have to work more?