There’s no doubt that MWC 2015 is the biggest tech event of this year’s first quarter, but this doesn’t mean that we should focus on other events too. For example, a Cupertino-based company revealed today something that will make all their fans happy.

The Apple tree is blooming again

In less than two weeks, an Apple Special event is scheduled, making us wondering what Mr. Tim Cook and his team are up to. Could it be a new tablet? A smartwatch? For the moment, everything is surrounded by mystery. 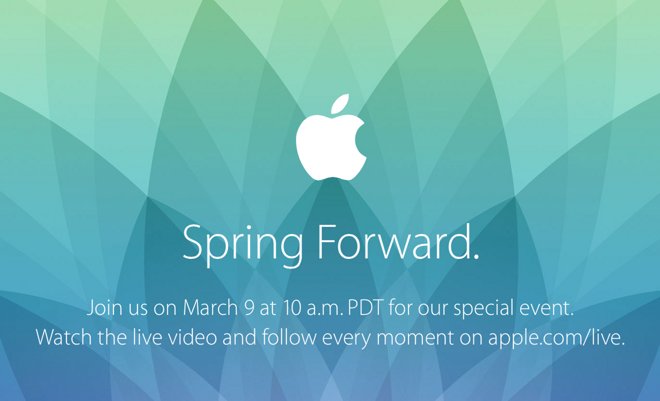 Of course, after hearing the news, our thoughts went directly to the Apple Watch. It’s been a few months now since it was announced and it’s about time for Apple to make a move in this way, especially when other manufacturers, like LG with their Watch Urbane, or Pebble’s new Time smartwatch, are currently receiving a lot of positive feedback.

According to PC Mag, the Apple Watch should start shipping in April, so if we’re not going to see it on March 9, they should give us at least the final details about it, including the pricing options.

On the other side, the Apple Special Event could bring us something new, like a tablet. Yes, we’re talking about the highly-rumored iPad Pro, Apple’s biggest tablet yet, with a 12.2″ display. This could make the event way more interesting.

Last but not least, we’ve heard lately about an Apple car, but let’s be honest, it’s too early to talk about this.

For the moment, we don’t know a lot of details about this Apple Special event, but it’s just two weeks away from us, so keep an eye on our blog, as we will be back on this topic as soon as anything new emerges.

What about you guys, what would you like to see on the 9th of March?