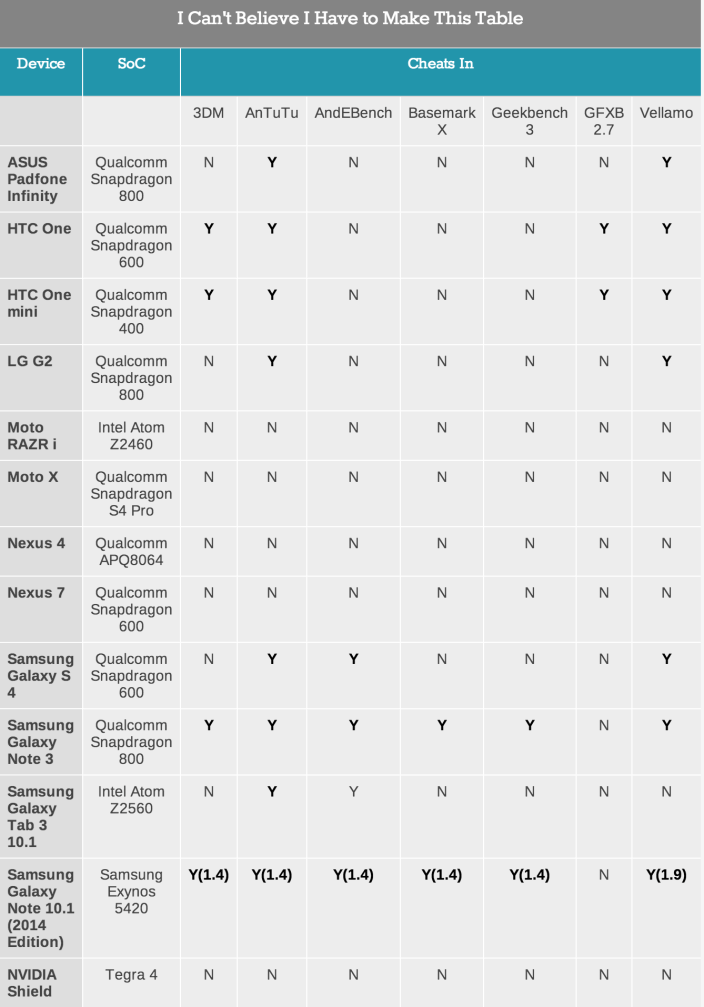 No doubts, Samsung has impressed many with high numbers on benchmarking results but in reality the devices are running low in speed and performances. In a chart above, you can see that how almost every other Android OEM is cheating tests, and faking the results. Only Motorola, Apple, and Google with its Nexus 4 and Nexus 7 appear to be providing real results to benchmarking applications.

According to AnandTech benchmark scores, the gains that OEMs are getting with inflating scores are not worth any attention. As per Samsung devices are gaining 5-10% boost with cheating in benchmark results. It is shocking for everyone around the community to know that how HTC, Samsung, and other significant OEMs are faking results to promote their products in real market. We know Samsung and other OEMs have got serious competition from Apple in improving benchmarking results, but it is something that they are cheating with their customers, and trust of people on their brands.