You are here: GeekSays Technology News » Apple » Aftermath of apple email threat and why the iPhone 6 will be released in 2015

Last Sunday I made a post about an email I received from apple “advising” me to edit a post originally written by one of our contributors Keelan Balderson.

Over 10,000 visits later, the site was eventually brought down due to “abusing CPU resources for an extended period of time” as stated by our host server at the time; Hostgator.

Long story short the site moved over to it’s own dedicated server and GeekSays is back online. 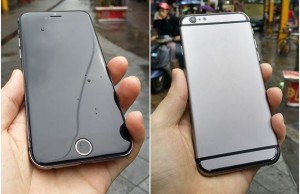 A trusted apple insider, Ming-Chi Kuo , has today foretold that the iPhone 6 – an enlarged “phablet” style device – will not be sold until 2015.

That’s the same chap who warned that Apple’s long-rumored iWatch won’t appear until Christmas this year.

Most industry watchers expected the 5.5-inch model to be revealed along with the standard 4.7-inch one in September 2014, in line with apple’s regular release cycle.

But tech crystal ball-gazer Ming-Chi Kuo has published a note speculating that problems with the touch panel and the colouring of the larger case could push the release back to early next year.

Models of the iPhone 6 have been leaking recently, but most of them have been standard 4.7-inch models, such as this alleged iPhone leaked image apple emailed us about.

Would you rather wait for till 2015 to see a finely tuned iPhone 6 phablet or would you prefer to see a rushed version this September? Let us know in the comments below.