Activator is praised as the most handy Cydia tweak for iPhone and iPad users. Activator has been under the development from last several years, and we have seen how other jailbreak tweaks depended on its amazing gestures based quick launches and actions skills. Activator has served a lot to iOS community with providing wide compatibility of its features integration with third-party Cydia tweaks. 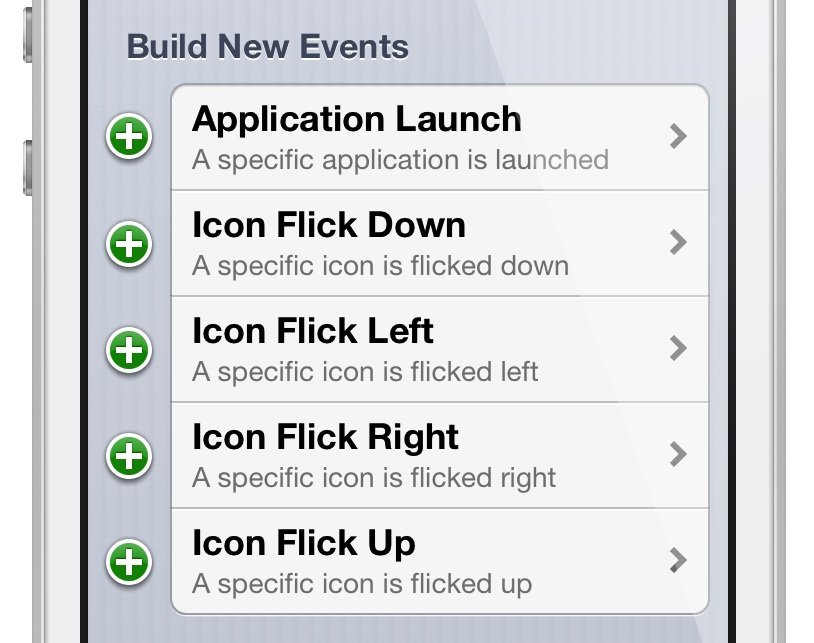 However, if you are an active part of Cydia community then you must be aware of new trends in the community. Velox has changed the trend with introducing icon flick gestures to iOS users, and providing quick preview to iOS applications with gestures over app icons. We are here to inform you that our favorite Cydia tweak, Activator is also coming up with a bundle of new icon flick gestures for each app.

We have been following the Activator beta testing on our devices for a long time, and tested several things under-the-hood. However, the most latest Activator beta version brings a variety of new icon flick gestures to tweak that allow iOS users to set custom gestures on each application icon to perform certain different tasks on their devices.

Activator is adopting the Velox icon flick gestures for iOS users, and taking the feature to whole new level of iOS customization. It allow pro-iPhone / Jailbreak users to customize their devices at a new level. Activator 1.7.5 beta 6 makes the Activator a lot more powerful and efficient than before. Personally, I have been following up with Activator beta testing repository and keeping my device up to date to seed latest updates to my readers.

With new Velox like Icon Flick gestures on Activator, you can set simple gesture on your iOS Music player application icon to play sound tracks on your device without even opening the player.

And at last, if you are not aware of Activator creator then let me remind you about Ryan Petrich. He is the man behind Activator, and to follow up with Activator beta testing you can hook up with beta repository of Ryan Petrich.