Most smartphones you can currently buy have a relatively accessible price tag, but let’s not forget that on this market, there are products like the Apple Watch, costing even $16,000, if you’re opting for a luxury, Rose Gold version. But what if we told that you can also get a gold LG smartwatch for way less money?

Today, the South Korean manufacturer announced a special version of the LG Watch Urbane, called Luxe, the result of a collaboration with US company Reeds Jewelers. Of course, it’s obvious that this is a direct competitor for Apple, but with a pocket-friendlier price tag, of ‘just’ $1200. 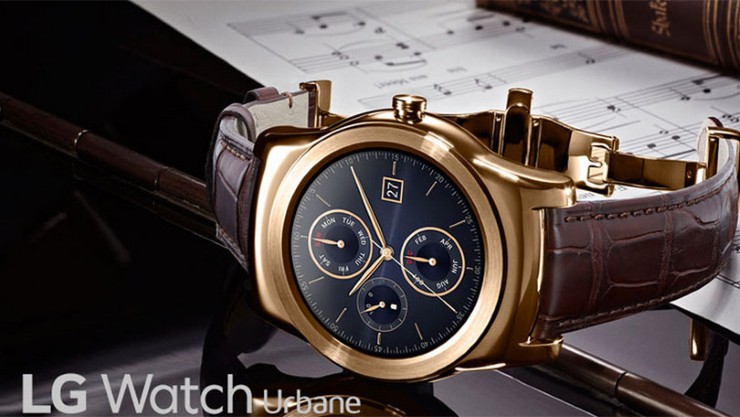 Only 500 units of the 23-karat gold LG smartwatch will be available, each engraved with its own unique serial number, as NBC News states. If it matters, Apple’s luxury model is made with 18-karat gold, so from this point of view, LG’s model is superior.

Since it’s a luxury model, the fact that LG will introduce it as being “more jewelry than wearable” doesn’t come as a surprise. Also, compared to the regular LG Watch Urbane, the Luxe version features a piano-gloss lacquer case, alongside an alligator leather strap. After all, it’s aiming for high-end buyers, right?

Was this necessary? We’d say ‘yes’!

We consider this the gold LG smartwatch a great entry on the smartphone market, since more and more people want to wear around their wrists a device that is also very elegant, besides loaded with the last technologies.

Spec-wise, there aren’t any different, the smartwatch sporting a round 1.3″ OLED display and Google’s Android Wear at the core. Finally, the wearable is expected to make its debut by the end of October, but details about the areas where it will be available weren’t unveiled.

Any first impressions about the gold LG smartwatch, Watch Urbane Luxe? Would you buy it?